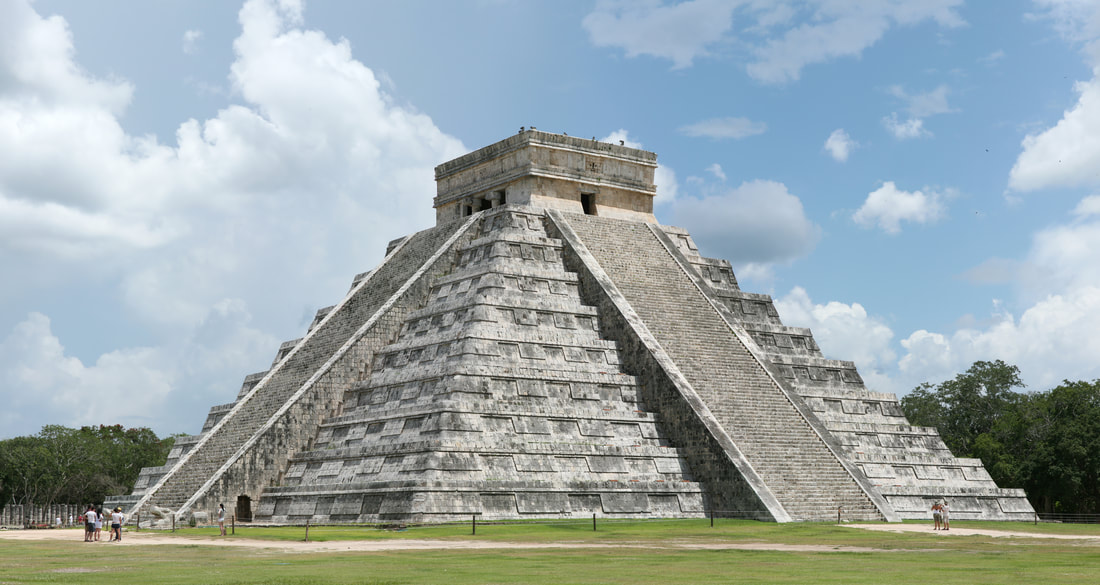 Chichen Itza is a Maya-themed pyramid-building puzzle game for single players or teams, self-paced or competitive racing against the clock.

​Each round players position and stack up to 21 blocks to satisfy the conditions laid out by task cards. These cards set and limit how players use, place, and stack their blocks on their tray. At the end of the round if a player or team completes a task, they earn a point.

This would all be pretty easy if it weren’t for the fact that players may end up with cards that contradict one another, and they are racing to get this done in just four minutes.
​

A game of Chichen Itza is played over an agreed number of rounds, usually three.

To begin, task cards are drawn and displayed so that they are clearly visible to all players or teams. These task cards determine the conditions the pyramid structure must meet that round to earn points.

Next, the timer begins and players place their blocks on their tray, trying to puzzle out a way to satisfy the task cards.

The blocks are designed to stack on the player tray in a pyramid: the first level can hold a maximum of nine blocks, and there can be several levels.

Once the timer runs out, play stops and points are awarded to the pyramid builders  as follows:
​

Gain 1 point for each task that is completed.
​
Gain 1 bonus point for completing all 8 tasks, when possible.

Builders prepare for the next round by resetting their trays.

A new round then begins.

At the end of the final round, the player or team with the most points wins.
​

​The Eight Types of Task Cards

​The eight types of task cards have to do with how the blocks are placed and stacked on a pyramid's base plate.

​Most of the challenge (and fun) in Chichen Itza comes from how these kinds of tasks interact with one another.

Levels: These cards use Maya numbers to direct a player or team to place a certain number of blocks on each level of the structure. All structures are either three or four levels high, because play-testing revealed two-level structures did not present much challenge.

Above or Below: These two types of task cards direct a player or team to place blocks of a certain color at the top level or the bottom level of the structure.

You may sometimes create some clever “not touching” placements. Once you have successfully defended your solution as valid, however, you must understand that other players or teams will be able to use the same kind of solution.

Since the task cards are chosen randomly for each round, there may be times when it seems they might contradict each other.

In such cases, you or your team must decide which tasks you will not attempt as you place blocks on your pyramid base and accept the loss of the bonus point at the end of the round.
​
​Some of my favorite gameplay moments have come from when the tasks seem  to contradict each other and it looks impossible to complete them all.

Then the round ends and you look up to see the solution to the tasks on another team’s tray. The combination wasn’t impossible after all!

It is, of course, all the more thrilling when you’re the one to have solved the “impossible” challenge . . .
​

A real-time game, with constant play instead of turn-based play, with an against-the-clock speed competition, and a multi-layer puzzle that may not have a solution for all the cards has the potential to give students feelings of frustration, anxiety, or tension.

When you compete with people who are equally skilled, and you have teammates who have different approaches to the puzzle, the rounds are often so tight that winning often comes down to an individual or team's success at keeping their cool.

Timer music from the movie soundtrack for "The Mission," by Ennio Morricone, August 1986.
​ 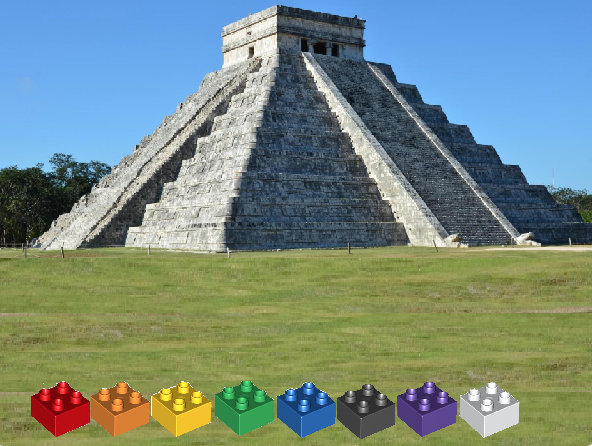