Consider for a moment where it all began--the Home Insurance Building in Chicago in 1885, the forerunner of the landmarks you encountered on your GeoGuessr world tour.
​

​"Which Buildings Were the Tallest Structures When They Were Built?"
by Harsh Gupta for Science ABC Eyeopeners

Mankind has been trying to touch the sky since the dawn of time. Living in tall buildings has actually become synonymous with being at the top of the social order. Even when looking at the Egyptian pharaohs, it’s quite obvious that they believed “the taller, the better”. The truth of this statement is not lost on the current generation, where skyscrapers were initially meant for commercial vanity, rather than cultural significance.
​
Regardless, these incredibly tall and impressive buildings are proof of how far human construction techniques have come. Before we start defining the history of tall buildings, we should first identify what the topmost point of a building actually is.
​
‘The Council on Tall Buildings and Urban Habitat’ based in Chicago has a very specific purpose, so it uses three different criteria for determining the height of a tall building, each of which may give a different result. The most reliable criterion is simply measuring the height up to the architectural top of the building. This means that any antennae, masts or flag poles are ignored during measurement.
​ 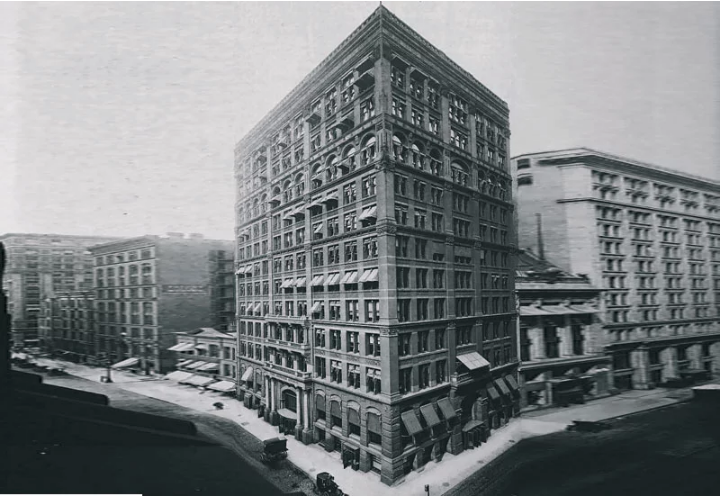 In the 19th Century, a new kind of structure was developed in Chicago using an internal structure of iron or steel (rather than just wood or stone on the outer walls) to bear the building’s weight. Chicago’s Home Insurance Building, begun in 1884 and completed in 1885, with its innovation in using a steel-frame construction, is considered the world’s first skyscraper, although it was only 138 feet in height. Chicago’s skyscrapers were a combination of aesthetic beauty and elevation as they housed large open bases with more usable space.  In contrast, New York’s skyscrapers were frequently narrower towers, and while they were more eclectic in style, were often criticized for their lack of elegance.
​ 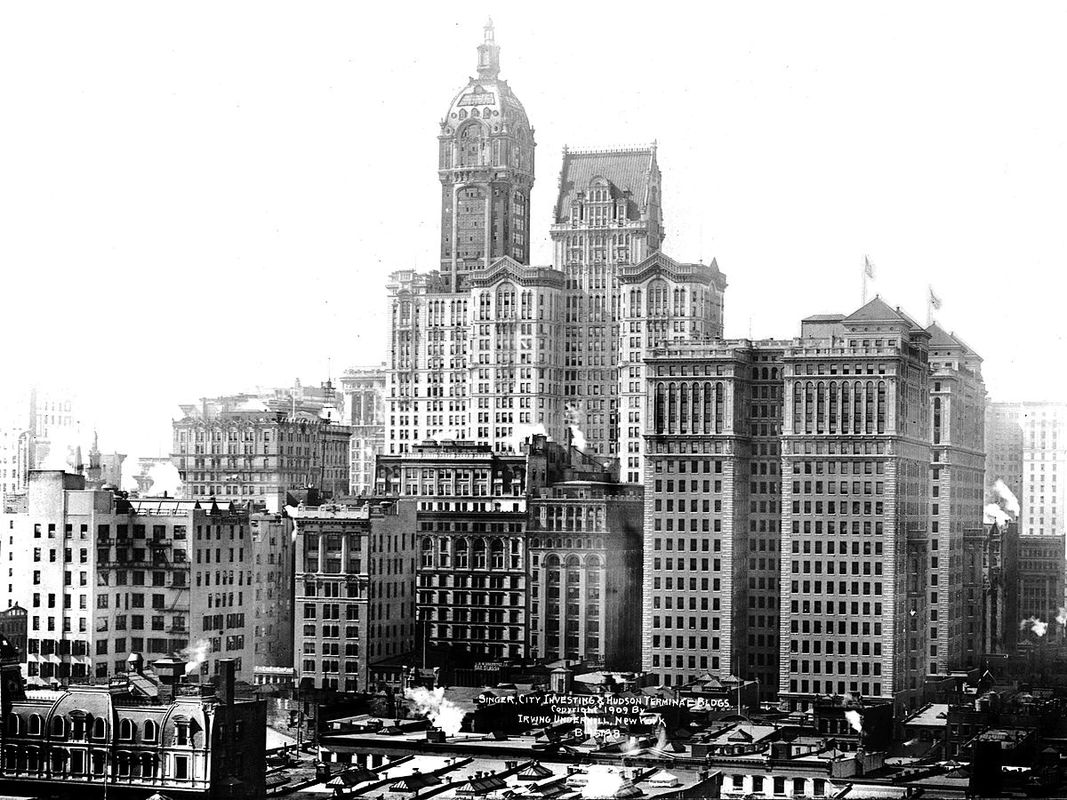 From that point on, the world’s tallest building was always in the United States, with New York City holding the title for 87 years, and Chicago boasting the top spot for another 30 years. This distinction was held exclusively within the United States for over 100 years. However, Malaysia broke this record with the tallest building, the Petronas Twin Towers, which were built in 1998 and stood 452 meters tall.
​ 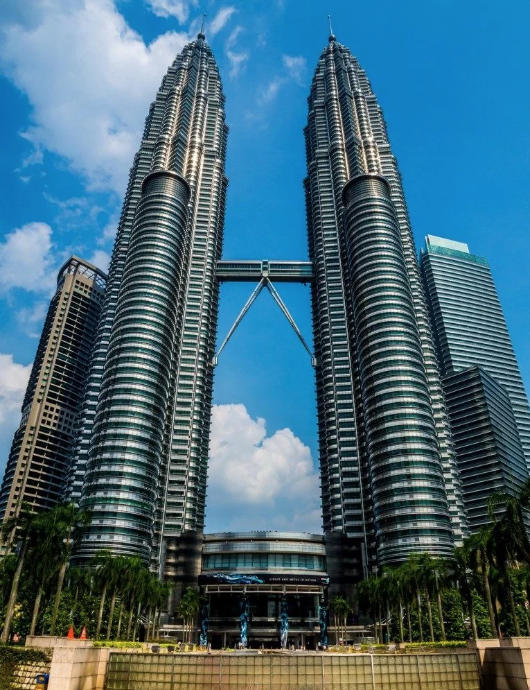 The Petronas Twin Towers
​
The Petronas Towers were totally unique in their construction, owing to the two almost identical towers, each having 88 floors and attached by a skybridge. The skybridge connects the two towers on the 41st and 42nd floors and is the highest 2-story bridge in the world. It also acts as a safety measure, as it restricts movement of the towers, which can sway during high winds. After being constructed on the ground, the skybridge was lifted into place on the towers over a period of three days.
​ 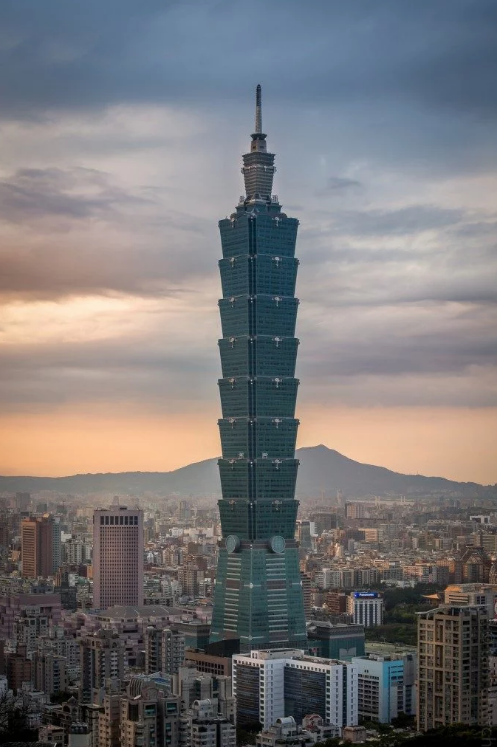 In 2004, Taipei 101 in Taiwan brought the height of skyscrapers to a whole new level by achieving a height of 510 meters. The fact that the building was architecturally designed as a symbol of the evolution of technology and Asian tradition is very apparent. Its deep underground structures help it withstand the typhoon winds and earthquake tremors that are common in that area.
​ 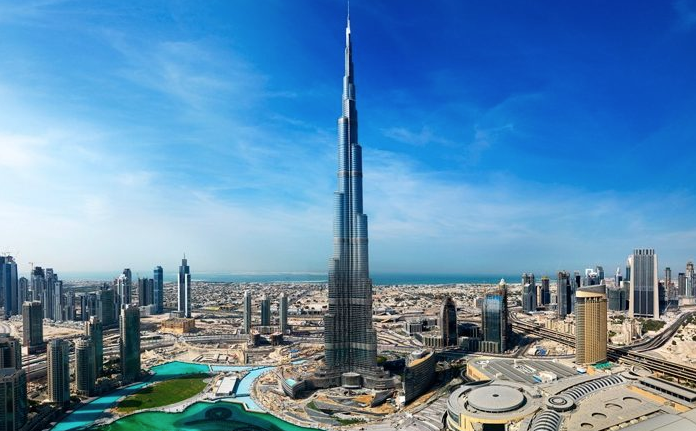 Since 2010, the Burj Khalifa in Dubai has been the tallest building, no matter what criteria you base the ranking on. It has the highest architectural element, the highest tip, and the highest occupied floor, and is indeed the tallest structure of any kind that has ever been built. At a height of 828 meters, no other skyscraper even comes close. 57 elevators line the inside of this incredible skyscraper to reach the topmost 154th floor.
​ 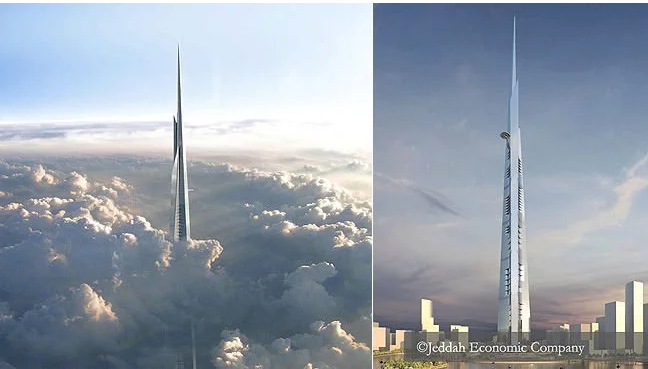 The Jeddah Tower is under construction in Saudi Arabia and if completed as planned, the Jeddah Tower will reach unprecedented heights, becoming the tallest building in the world, as well as the first structure to reach the one-kilometer (1,000 meters) mark for height. It is projected to be completed by 2020 and reach a height of 1.6 kilometers.

The architecture of skyscrapers is a true art form, and although it represents the place and time of its conception, it remains timeless. Whether back where it all started in Chicago at 138 feet in 1885 or looking up to 1,600 meters 135 years later in 2020, architects make buildings that are tall, but still true to the culture of the place in which they stand.

​
Gupta, Harsh. “Which Buildings Were The Tallest Structures When They Were Built?” Science ABC, Science ABC, 13 Feb. 2017,